I think I have figured out why the DPI/PPI/LPI/Pixel/resolution (for simplicity lets refer to all of these a DPI in this discussion) discussion always devolves in a very big problem. The problem is 3 fold:

Point one is especially troublesome because it is really hard to pierce the human mind with conflicting information. Humans in essence defend their world view, this is why we have many religions. Point two makes point one very hard to go trough because its very easy to find conflicting evidence. And point 3 is just making these questions more common.

Ok, so how do we devolve this situation? There are many that say that we can not. But there are a few quite easy remedies to this problem.

Now this should be able to put into a human readable friendly message.

Attempt on answer 0.3b

PPI is only meaningful in the context of Printing or perhaps when buying a display panel. It is there to be helpful to you doing task of printing. If the image is not printed then PPI is not needed only pixels.

Observe that you can not just blindly search for the term PPI or DPI fill it in with a value and be absolutely certain that it always means the exact same thing in every situation. It measures a similar quantity but whether the meaning of these quantities is the same depends on the context in which it is used in. Let us explain this by observing how another, much more common and another less common, measure may behave in different circumstances.

WTF. What does this have to do with PPI/DPI? Well, it shows a central property of measures you can not blindly stare at the quantity and deduce things form it. You have to have a understanding of the system, in this case the technical system around you.

This kind of thinking happens a lot with people transitioning form Photoshop to Illustrator. Illustrator has no PPI or DPI value, simply it is not dealing with discrete elements so it does not need one. However, many people see that there is a option labeled "Raster Effects" in document settings and it has a PPI ending and conclude that its the same as "Resolution" in Photoshop. It is not, if it were it would probably read "Resolution".

What does this mean for a image author

If you are working towards print production this is a convenient way to express how big the image is intended to be when printed. It is also a good enough estimator for whether or not you have enough pixels in normal print publication scales without having to memorize different rules of thumbs for multiple sizes in most of the common range. It is however just a rule of thumb estimate not a fixed truth.

It is also good to understand that anybody down the line, be it a person or a computer may choose to ignore whatever value you have set, for any number of reasons. Usually they do, because this system is much more vertically integrated than many other technical systems, so the designer has more influence.

But if your working for a digital production pipeline, be it for the web, a game, desktop wallpaper, etc. Then this value is of little use. For historical, and practical reasons people do not measure the resolution of a image files meant for screens in physical units. Just number of pixels.

But how then do you know what physical size the image is? Well the simple answer is you do not. The technical system does not give you much guarantees. Some people have bigger screens others have smaller screens. You simply have no control over the screens themselves, they are what they are. More than this, users may have different zoom levels, either by accident or purpose. Not much you can do about this. And in any event forcing a physical size would totally break the user experience of your end user.

Does this mean that screens do not have a PPI value? Well not quite, every individual make and model has a PPI value. In case of modern flat screens a fixed immutable value for that particular model, in case of a projector it depends on many factors. But monitors as a whole do not since you do not usually know what monitor each individual client has. Worse you do not know what kinds of settings their operating system has, this might scale images before sending it to the screen or the screen might scale the image so that the resolution matches the attached projector. Worse the settings may change over time and on whim of user, you simply can not control this. So you do the next best thing you assume the image is relatively sized somehow sanely.

In the end question is of control, in a print setting either somebody else is specifying settings or you are. In which case this is probably known beforehand, or at least could be known by asking. However in the digital realm the situation is much more complex than that, the system in between you and the eyes of your user is much more convoluted and not in your direct control.

In a image format 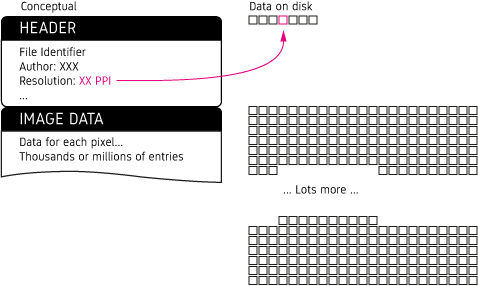 Image 1: Picture of what the image file is composed of.

The important bit is that your image has right amount of pixels. Header data is mostly ignored under most circumstances and mostly completely optional (usually only identifier and file size/technical compression info is required). PPI info is thus just a piece of metadata. From this follows that a image with dimensions:

This leads to a rule of thumb: Only pixels are important. But if you wish to relate them to a physical dimensions then PPI will help you as it converts the values to physical dimensions, but only for print. Never mix physical units and pixel thinking, either think in physical units and no pixels. Also remember since PPI is optional the end user is perfectly within their right to ignore it!

A work in progress.

This is are some sketch ideas of a video explanation I am preparing for a video.

It is going to be first on spanish so some lost in translation may occur.

This is going to be a long read, so you might wait for the video relase n_n

There are other kind of units that are not simple like the previous ones, but they are a relationship.

Foe example one of the most offen used is speed, veloctiy.

Speed tell us how much distance we travel in some amount of time.

We can have a car that travels 100 km in two hours, but we simplify the result on how much travels in one hour. Then we have that the speed is 50 km each hour. 50 km/h.

It is important to note that the definition is not a multiplication (50km x h) but a division 50km / hr.

Speed then is "The amount of distance traveled in one period of time".

Resolution is the same, it is a relation.

"The amount of information units content in each dimensional unit".

We have then, four parts: Amount + Units of information + each + dimensional unit.

This definition adapts itself to diferent situations, for example, we could be used to use the term in images, but the term is also used in sound files for example.

Imagine we use shugar to draw a cat on a table. We could count how many grains of sugar we have in each linear inch.

But if we use fluor to draw the same cat of the same size, we can imagine we have a lot more of grains than the sugar, on the same linear inch.

On the contrary, if we use rice, the definitio will get worse.

But we need to understand the characteristic of this "dot". Either we have one grain of sugar or we don't. The information a grain of shugar is: "I am there or I am not there". There are no "gohstly" grains of shugar, that are "almost" there and almost disapear... unless someone sneezes on our image.

The information a single dot can carry is binary. This is: either you have a dot or you do not have a dot. Of course you can put two or more dots to have more meanings, but i am refering to a single dot.

But using shugar to make drawings is a bit complicated, so normally we use ink.

Some misconceptions are due the bad usage of the units. For example a box of cereal should have some amount of cereal measured in weight. And boxes says so, that the content height may vary for the manipulation of the boxes.

If an elephant steps on your box of cereal it still weight the same (after removing the elephant of course) but the level of the box will be now diferent.

(There will be a chapter mentioning the elephant of course)

What are we talking about?

There is an old Indian story about 7 blind man that are exploring what is an elephant.

One concludes that an elephant is a big tree, because he hugs a leg, another concludes he is a snake because he touches the elephant's trunk, and so the other 5 men "decides" their own conclution.

Although the moral of the story is a little diferent there (to percive the elephant as a whole) The point it is needed to explain is "What units are we talking about?

And also, I will talk about how information is transfered, or translated, or aplied, or modified across a system, and how this "resolution units" then change and mix.